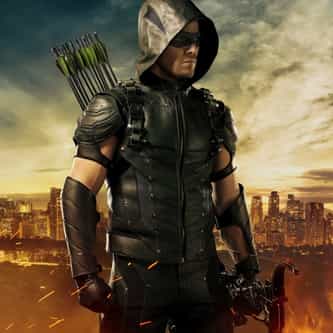 Green Arrow is a fictional superhero who appears in comic books published by DC Comics. Created by Morton Weisinger and designed by George Papp, he first appeared in More Fun Comics #73 in November 1941. His real name is Oliver Queen, a billionaire businessman and owner of Queen Industries, as well as a well-known celebrity in his locale of Star City. Sometimes shown dressed like Robin Hood, Green Arrow is an archer who uses his skills to fight crime in his home cities of Star City and ... more on Wikipedia

Green Arrow IS LISTED ON