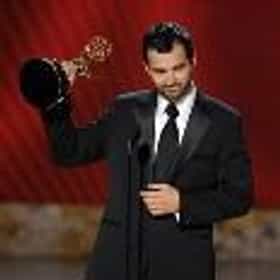 Gregory Charles Yaitanes (born June 18, 1970) is an American television and film director. He is also an angel investor in Twitter.Yaitanes has directed and produced shows including Damages, Lost, Prison Break, Heroes and Grey's Anatomy. His Emmy Award came in 2008 as result of his work on House, M.D.. Yaitanes grew up in Wellesley, Massachusetts, where he directed his very first film, Salad Bar: The Movie. At the age of 18, Yaitanes moved to Los Angeles and attended the University of Southern California Film School. By 23, he landed his first directorial job. Yaitanes is one of Twitter's original investors and a frequent guest speaker at the company. Active in the Greek community, ... more on Wikipedia

Greg Yaitanes is also found on...