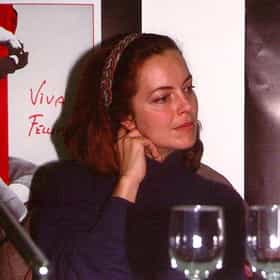 Greta Scacchi (Italian pronunciation: [ˌɡrɛːta ˈskakːi]; born 18 February 1960) is an Italian Australian actress best known for her roles in the films White Mischief (1987), Presumed Innocent (1990), The Player (1992), Emma (1996) and Looking for Alibrandi (2000). Scacchi received a BAFTA nomination for her role in Heat and Dust (1983). For her portrayal of Empress Alexandra Fyodorovna of Russia in the television film, Rasputin: Dark Servant of Destiny (1996), she won a Primetime Emmy Award and earned a Golden Globe nomination for Best Supporting Actress. In 2006, Scacchi received a second Emmy nomination for her role in the television film Broken Trail, and earned her first Screen ... more on Wikipedia

Greta Scacchi is ranked on...

#397 of 938 The Best Actresses in Film History 1.1M VOTES The best actresses ever are ranked here in this list of the best actresses in film history. These are the greatest actresses...
#658 of 1,026 The Most Beautiful Women In Hollywood 4.4M VOTES The most beautiful women in the world are a great mix of attractive TV actresses, singers, models, and more, ...
#68 of 186 The Best Living English Actresses 41.6k VOTES Hailing from England, these women in film are acting circles around some of their male counterparts. These actresses from En...

Greta Scacchi is also found on...