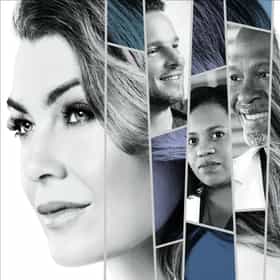 Grey's Anatomy (ABC, 2005) is an American medical soap opera television series. The series focuses on the fictional lives of surgical interns and residents as they gradually evolve into seasoned doctors, while trying to maintain personal lives and relationships. The title is a play on the name Gray's Anatomy, an English-language human anatomy textbook originally written by Henry Gray. The series was created to be racially diverse, utilizing a color-blind casting technique. While the show is set in Seattle, it is primarily filmed in Los Angeles, California. The series' protagonist is Dr. Meredith Grey, who originally is accepted into the residency program at the fictional Seattle Grace ... more on Wikipedia

Grey's Anatomy is ranked on...

Grey's Anatomy is also found on...