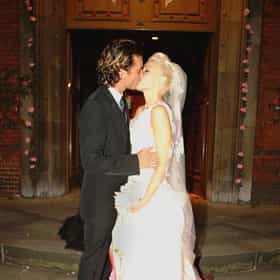 Gwen Renée Stefani (; born October 3, 1969) is an American singer, songwriter, actress, and record producer. She is a co-founder and the lead vocalist of the band No Doubt, whose singles include "Just a Girl", "Spiderwebs", and "Don't Speak", from their 1995 breakthrough studio album Tragic Kingdom, as well as "Hey Baby" and "It's My Life" from later albums. During the band's hiatus, Stefani embarked on a solo pop career in 2004 by releasing her debut studio album Love. Angel. Music. Baby. Inspired by pop music from the 1980s, the album was a critical and commercial success. It spawned three singles: "What You Waiting ... more on Wikipedia

Gwen Stefani is ranked on...

Gwen Stefani is also found on...