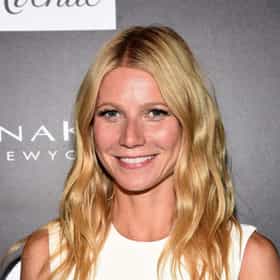 Gwyneth Kate Paltrow () (born September 27, 1972) is an American actress, singer, author, and businesswoman. She has won an Academy Award, a Golden Globe Award, a Primetime Emmy Award and two Screen Actors Guild Awards. Her films have grossed US$3.2 billion at the U.S. box office and US$8.2 billion worldwide.Paltrow gained very early notice for her work in films such as Seven (1995), Emma (1996), Sliding Doors (1998), and A Perfect Murder (1998). She garnered wider critical acclaim for her performance as Viola De Lesseps in the historical romance film Shakespeare in Love (1998) which won her several awards, including the Academy Award for Best Actress. This was followed by roles in The ... more on Wikipedia

Gwyneth Paltrow is ranked on...

Gwyneth Paltrow is also found on...