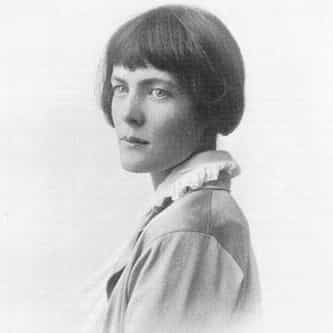 Hilda "H.D." Doolittle (September 10, 1886 – September 27, 1961) was an American poet, novelist, and memoirist, associated with the early 20th century avant-garde Imagist group of poets, including Ezra Pound and Richard Aldington. She published under the pen name H.D. Hilda was born in Bethlehem, Pennsylvania, in 1886, and grew up in Upper Darby, Pennsylvania, and attended Bryn Mawr College. She moved to London in 1911, where she played a central role within the then emerging ... more on Wikipedia

H.D. IS LISTED ON