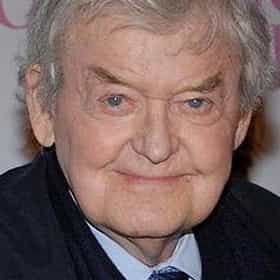 Harold Rowe Holbrook Jr. (born February 17, 1925) is an American actor, television director and writer. He first received critical acclaim in 1954 for a one-man stage show he developed, Mark Twain Tonight, while studying at Denison University, performing as Mark Twain. He won Tony Award for Best Actor in a Play in 1966 for his portrayal of Twain. Throughout his career, he won five Primetime Emmy Awards.Holbrook made his film debut in Sidney Lumet's The Group (1966). He later gained international fame for his performance as Deep Throat in the 1976 film All the President's Men. He played Abraham Lincoln in the 1976 miniseries Lincoln. He has also appeared in such films as Julia (1977), ... more on Wikipedia

Hal Holbrook is ranked on...

#15 of 1,445 Celebrity Death Pool 2018 477.7k VOTES Welcome to Celebrity Death Pool 2018! In increasingly uncertain times, there remains one constant in life - we all die. Cele...
#31 of 862 Celebrity Death Pool 2016 370.1k VOTES Celebrity death pool 2016: Here's a large list of celebrities we think just might die this year. The only certainties in l...
Here's a List of Every Known Republican Celebrity 1.8M VIEWS Conservative celebrities - this list of Republican celebrities has over 400 celebrities who are Republicans. What celebritie...
Famous People Named Hal 2.4k VIEWS Ever thought about how many famous people named Hal are out there? This list of celebrities named Hal will show you the mo...
10 Actors Who Have Played Abraham Lincoln 12k VIEWS How to you bring a near-legendary historic figure to life? That's the challenge that these actors who played Abraham Lincoln...
39 Famous Actors Who Won Tonys for Plays 3.3k VIEWS List of Famous Actors Who Won Tonys for Plays ranked by fame and popularity. Several famous Hollywood actors have won Tony A...
Golden Apple Most Cooperative Actor 757 VIEWS The Golden Apple Award for Most Cooperative Actor was awarded to those entertainers known for positive, helpful behavior on ...

Hal Holbrook is also found on...