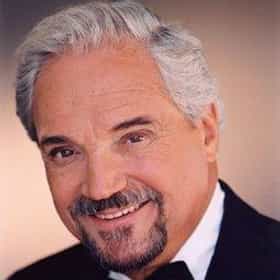 Hal Linden (born Harold Lipshitz, March 20, 1931) is an American stage and screen actor, television director and musician. Linden began his career as a big band musician and singer in the 1950s. After a stint in the United States Army, he began an acting career where he first worked in summer stock and off-Broadway productions. Linden found success on Broadway when he replaced Sydney Chaplin in the musical Bells Are Ringing. In 1971, he won a Best Actor Tony Award for his portrayal of Mayer Rothschild in the musical The Rothschilds. In 1974, Linden landed his best-known role as the title character in the television comedy series Barney Miller. The role earned him seven Primetime Emmy ... more on Wikipedia

Hal Linden is ranked on...

#132 of 1,043 Celebrity Death Pool 2020 36k VOTES They may be beloved performers, award winners, or game changers, but no matter how famous, you can’t escape death. This cele...
#25 of 41 The Best Living Actors Over 80 35.3k VOTES The best living actors in their 80s are all seasoned veterans in Hollywood who were born in 1939 or earlier. These men ...
#56 of 82 The Greatest Actors Who Have Never Won an Emmy (For Acting) 29.3k VOTES What do Steve Carrell, Jerry Seinfeld, and Ed O'Neill have in common? No, it's not fame, fortune, or prestige. (Although t...
Great Actors Who've Been Nominated For Ludicrous Amounts Of Emmys And Never Won 7.2k VIEWS The second Golden Age of Television has created such a glut of talent on television, many of the medium's best talents are t...
Famous People Named Hal 2.3k VIEWS Ever thought about how many famous people named Hal are out there? This list of celebrities named Hal will show you the mo...

Hal Linden is also found on...