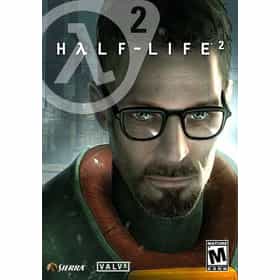 Half-Life 2 is the well-recieved sequel to Half-Life. Half-Life 2 takes place in the dystopian City 17 and the surrounding area, almost 20 years after the events of the original Half-Life. In the intervening years, Gordon Freeman has presumably been kept unconcious while the alien race known as the Combine enslave Earth. The game recieved very high reviews, with its most lauded aspects being its extremely realistic graphics and physics, as well as its excellent story telling, and its most critcized aspacts being its unusually long development period and incomplete ending. The game also marked the introduction of Valve's somewhat controversial Steam digital-distribution service, which ... more on Wikipedia