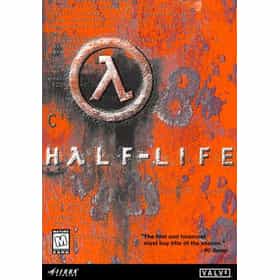 Half-Life is a science fiction first-person shooter video game developed by Valve Corporation, the company's debut product and the first in the Half-Life series. First released in 1998 by Sierra Studios for Windows PCs, the game was also released for the PlayStation 2; Mac OS X and Linux ports became available in January 2013. In Half-Life, players assume the role of Dr. Gordon Freeman, a theoretical physicist who must fight his way out of a secret underground research facility whose research and experiments into teleportation technology have gone disastrously wrong. Valve, set up by former Microsoft employees, had difficulty finding a publisher for the game, with many believing that ... more on Wikipedia

Half-Life is ranked on...

Half-Life is also found on...