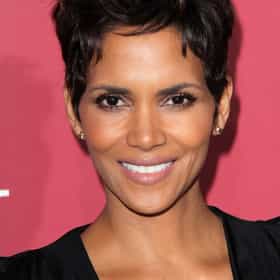 Halle Maria Berry (born Maria Halle Berry; August 14, 1966) is an American actress. Berry won the Academy Award for Best Actress for her performance in the romantic drama film Monster's Ball (2001), becoming to date the only woman of African American descent to have won the award.Before becoming an actress, Berry was a model and entered several beauty contests, finishing as the first runner-up in the Miss USA pageant and coming in sixth in the Miss World 1986. Her breakthrough film role was in the romantic comedy Boomerang (1992), alongside Eddie Murphy, which led to roles in films, such as the family comedy The Flintstones (1994), the political comedy-drama Bulworth (1998) and the ... more on Wikipedia

Halle Berry is ranked on...

Halle Berry is also found on...