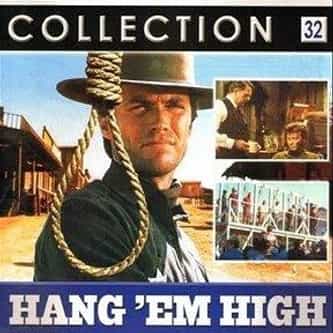 Tagline
The hanging was the best in town. But they made two mistakes. They hung the wrong man and they didn't finish the job.

Hang 'Em High is a 1968 American Western film directed by Ted Post and produced and co-written by Leonard Freeman. It stars Clint Eastwood as Jed Cooper, Inger Stevens as a widow who helps him, Ed Begley as the leader and Patrick Hingle as the judge who hires Jed as a U.S. Marshal. Hang 'Em High was the first production of the Malpaso Company, Eastwood's production company. ... more on Wikipedia

Hang 'Em High IS LISTED ON