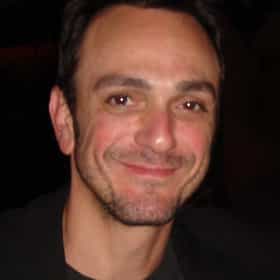 Henry Albert Azaria ( ə-ZAIR-ee-ə; born April 25, 1964) is an American actor, voice actor, singer, comedian and producer. He is known for his voice characterizations as a variety of characters in the animated sitcom The Simpsons (1989–present), which has included Moe Szyslak, Apu Nahasapeemapetilon, Chief Wiggum, Comic Book Guy, Carl Carlson and others. After attending Tufts University, he joined the series with little voice acting experience, but became a regular in its second season, with many of his performances on the show being based on famous actors and characters. In addition to his work on The Simpsons, Azaria became more widely known for his live-action appearances in feature ... more on Wikipedia

Hank Azaria is ranked on...

#207 of 282 People who voted for Hank Azaria... also upvote Indiana Jones Franchise on The Best Movies of All Time also upvote Star Wars Franchise on The Best Movies of All Time The Best (Male) Actors Working Today 1.5M VOTES The best actors working today include Hollywood legends, Academy Award winners and many of the top up and coming actors in t...
#5 of 118 The All-Time Best Voice Actors 7.5k VOTES These are voices you could never put a face to, but you know them as well as you know any actor. Deep voices, squeaky voices...
#878 of 1,452 Celebrity Death Pool 2018 477.7k VOTES Welcome to Celebrity Death Pool 2018! In increasingly uncertain times, there remains one constant in life - we all die. Cele...
Celebrities Who Have Starred on Broadway 12.4k VIEWS Most actors don't just stick to the screen. What celebrities have also been in Broadway plays? The celebrities on this list,...
Famous Actors You Didn't Realize Have Voiced Superheroes And Villains 4.4k VIEWS Of all the film and television stars in Hollywood, few remain less recognizable than the faces behind animated voices. ...
Famous People Named Hank 14.5k VIEWS Ever thought about how many famous people named Hank are out there? This list of celebrities named Hank will show you the ...
What Happened To All The Boyfriends On 'Friends' You Barely Remember Now? 6k VIEWS Over the course of the ten years of Friends, boyfriends and girlfriends had a tendency to come and go. In particular, Rachel...
300+ Famous People Who Went to Prep School 12.5k VIEWS Many of the most powerful people in the world went to prep school. The children of wealthy parents - often "old money&q...
Helen Hunt Loves and Hookups 7.8k VIEWS Who is Helen Hunt dating? Many famous men have dated Helen Hunt, and this list will give you more details about these lucky ...
Famous People Who Voiced Cartoon Characters 4.8M VIEWS   Everyone knows that Walt Disney, Mel Blanc, and Dan Castellaneta have provided the voices to iconic cartoon charact...
Celebrity Knicks Fans 221.5k VIEWS This list of celebrity Knicks fans is loosely ranked by fame and popularity. The New York Knicks basketball team has a lot o...
Straight Actors Who Have Played Gay Characters 119k VIEWS List of gay characters played by straight actors, loosely ranked by fame and popularity. One of the great things about being...
Male Celebrities Who Are 5’11" 15.4k VIEWS This list contains examples of male celebs who are 5'11" tall, loosely ranked by fame and popularity. Not too tall and ...
Famous People Of Greek Descent 375.2k VIEWS This list of famous people of Greek descent is loosely ranked by fame and popularity. Many famous people are of Greek descen...

Hank Azaria is also found on...