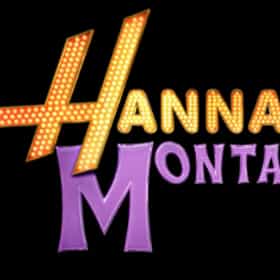 Hannah Montana, also known as Hannah Montana Forever in its fourth and final season, is an American musical comedy television series created by Michael Poryes, Rich Correll, and Barry O'Brien. It focuses on Miley Stewart (portrayed by Miley Cyrus), who is a teenager living a double life as an average schoolgirl by day and as the famous recording artist Hannah Montana by night, which she keeps secret with only a few people knowing of her alter ego. The story follows the daily life of Stewart, her brother Jackson, her best friends Lily and Oliver, and her father Robby (Cyrus's real-life country singer father, Billy Ray Cyrus). The series, produced by It's a Laugh Productions and Michael ... more on Wikipedia

Hannah Montana is ranked on...

#247 of 295 People who voted for Hannah Montana... also upvote Harry Potter Franchise on The Most Rewatchable Movies The Greatest Sitcoms in Television History 957.7k VOTES Best sitcoms ever to air on television includes some of the greatest sitcoms of all time as ranked by fans of TV. What's the...
#58 of 103 The Best TV Spinoffs 34.4k VOTES What are the very best TV spin-offs in history? This list definitely includes many. Some of the best TV spin-off shows were,...
#88 of 271 The Best Female-Led TV Shows 25.7k VOTES While society has by no means reached actual equality, in the last few years television viewers have started to see an uptic...
#18 of 22 23 Of Your Favorite Smash-Hit TV Franchises, Anime Style 63.8k VOTES Get ready for some cross-cultural mashups, because this list is full of your favorite TV characters reimagined as anime char...
#33 of 1,328 The Best Guilty Pleasure TV Shows 19.7k VOTES List of the best guilty pleasure TV shows, past and present, including sitcoms, dramas, reality shows, and game shows. These...
#39 of 195 What Shows Do You Most Want on Netflix Streaming? 195.2k VOTES What TV shows do you most want on Netflix streaming? While Netflix does offer some great streaming TV shows, and will likely...
#121 of 476 The Best Television Shows of the 2000s 148k VOTES Some great TV shows came out of the 2000s, while some have even lived on. Here's a list of the best shows that aired from 20...
#4 of 51 The Best Family Channel TV Shows 3.7k VOTES List of popular Family Channel shows, ranked from best to worst. This list of the top current and cancelled Family Channel T...
#10 of 87 People who voted for Hannah Montana... also upvote Twilight Saga Franchise on The Best Teen Movies of All Time also upvote Twilight Saga Franchise on Supernatural Teen & Coming of Age Films The Best Teen Sitcoms of All Time 24.5k VOTES The best teen sitcoms serve not only as a reflection of teen life but also an educational tool. They’re filled with moral an...
#16 of 63 The Funniest Kids Shows Ever Made 4.1k VOTES Kids love to laugh. While their parents may try to get them to watch educational programming, kids just want to change the c...
#29 of 38 The Best Family-Friendly Musical TV Shows, Ranked 1.7k VOTES Family musical TV shows promote learning, singing, and having fun with your loved ones. The best kids musical shows feature ...
#17 of 46 The Best Musical TV Shows 3.2k VOTES The very best musical shows on television, ranked from best to worst. This list of the greatest musical shows also includes ...
#27 of 28 The Greatest TV Shows That Parody Hollywood 558 VOTES Though you may not always realize it, Hollywood likes to take the occasional jab at itself. Whether it's a comedic look...
#18 of 54 The Best Musical Kids TV Shows Ever Made 730 VOTES Chances are if you grew up sometime in the latter half of the 20th century, your childhood was filled with musical tele...
EW.com's Guilty Pleasure TV Shows 5k VIEWS EW's list of the top guilty pleasures on television. For the full article and photo gallery go to: http://www.ew.com/ew/gall...

Hannah Montana is also found on...