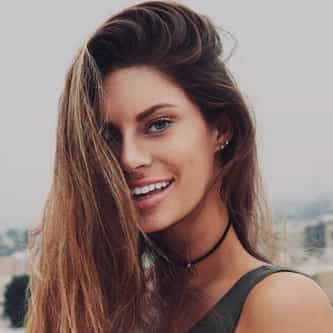 Hannah Jo Stocking-Siagkris (born February 4, 1992) better known as just Hannah Stocking is a Greek-American internet personality and model. Stocking is managed by John Shahidi of Shots Studios, a company that also produces her YouTube content. She started posting videos in Vine. She posted her first Vine video called How girls react to guys VS. How men respond to the girls on 1 August 2013. After that she started dating NBA player Klay Thompson who had a breakup in 2015. Afterward her ... more on Wikipedia

Hannah Stocking IS LISTED ON