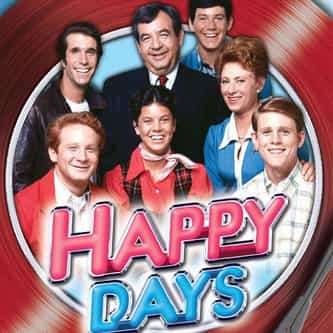 Happy Days is an American television sitcom that aired first-run from January 15, 1974, to September 24, 1984, on ABC. Created by Garry Marshall, the series presents an idealized vision of life in the mid-1950s to mid-1960s United States. The series was produced by Miller-Milkis Productions and Henderson Productions in association with Paramount Television. Happy Days is one of the highest-rated shows of the 1970s. ... more on Wikipedia

Happy Days IS LISTED ON