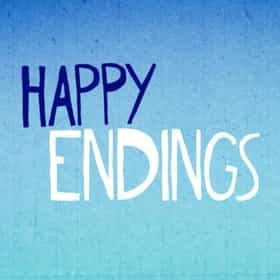 Happy Endings is an American sitcom television series that ran on ABC from April 13, 2011 to May 3, 2013. The single-camera ensemble comedy originally aired as a mid-season replacement with a one-hour premiere of two back-to-back episodes starting at 9:30 pm ET/PT. In the weeks that followed, the show continued to air back-to-back episodes that began airing at 10:00 pm ET/PT. The show was created by David Caspe, who along with Jonathan Groff served as the show's executive producers and showrunners. On May 10, 2013, Happy Endings was canceled by ABC after three seasons. ABC's erratic scheduling of the third season, resulting in the season's lower ratings and subsequent cancellation ... more on Wikipedia

19 Happy Endings Moments That Prove It Was the Best 181 votes When you become attached to a TV show, it’s always scary when the ratings are low and each season might be the last. For fan...

Happy Endings is ranked on...

Happy Endings is also found on...