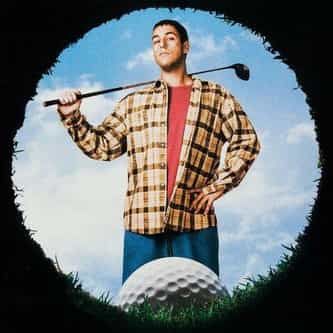 Tagline
He doesn't play golf... he destroys it.

Happy Gilmore is a 1996 sports comedy film directed by Dennis Dugan and produced by Robert Simonds. It stars Adam Sandler as the title character, an unsuccessful ice hockey player who discovers a talent for golf. The screenplay was written by Sandler and Tim Herlihy. This film was the first of multiple collaborations between Sandler and Dugan. ... more on Wikipedia

1.3k readers 'Happy Gilmore' Is Secretly A Drama About Dealing With Loss And Grief

Happy Gilmore IS LISTED ON