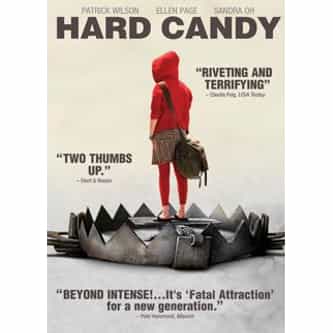 Hard Candy is a 2005 vigilante thriller film focusing on the a 14-year-old female vigilante. The film was directed by David Slade, written by Brian Nelson, and starred Ellen Page and Patrick Wilson. It was the first feature film for Slade, who had previously mainly directed music videos. The film premiered at the 2005 Sundance Film Festival, and was screened at the Florida Film Festival in April 2006. It had limited release in two theaters in the US. ... more on Wikipedia

Hard Candy IS LISTED ON