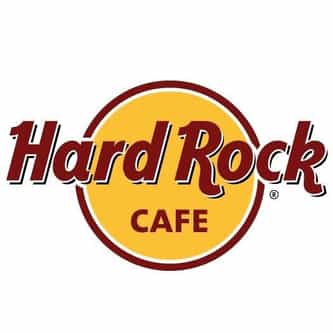 Hard Rock Cafe International, Inc. is a chain of theme restaurants founded in 1971 by Americans Isaac Tigrett and Peter Morton in London. In 1979, the cafe began covering its walls with rock and roll memorabilia, a tradition which expanded to others in the chain. In 2007, Hard Rock was sold to the Seminole Tribe of Florida, and is headquartered in Orlando, Florida. Currently, there are 191 Hard Rock locations in 59 countries including 145 cafes, 21 hotels and 10 casinos. ... more on Wikipedia

Hard Rock Cafe IS LISTED ON