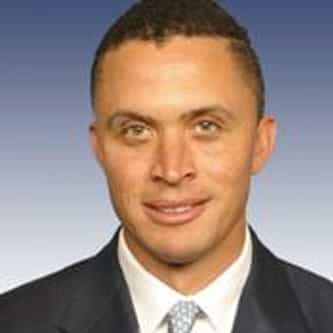 Harold Eugene Ford Jr. (born May 11, 1970) is an American financial managing director, pundit, author, and former U.S. congressman who served from 1997–2007 in the United States House of Representatives as a member of the Democratic Party from Tennessee's 9th congressional district, centered in Memphis. He is the son of former Congressman Harold Ford Sr., who held the same seat for 22 years. In 2006, Ford made an unsuccessful bid for the US Senate seat vacated by retiring Bill Frist. He is ... more on Wikipedia

Harold Ford, Jr. IS LISTED ON