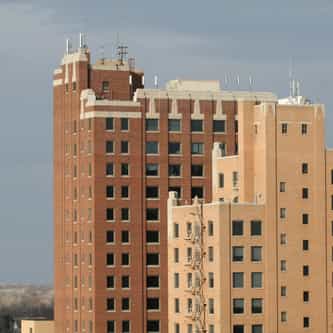 Harold Glenn Hamm (born December 11, 1945) is an American entrepreneur primarily involved in the oil and gas business who is best known for pioneering the development of the large shale oil resources of the Bakken formation. As of January 2018, Hamm's net worth is estimated to be $14.2 billion, making him the 79th richest person in the United States. Hamm's net worth peaked at $18.7 billion in September 2014, but decreased to $9.3 billion by 2015. In 2012, presidential candidate Mitt ... more on Wikipedia

Harold Hamm IS LISTED ON