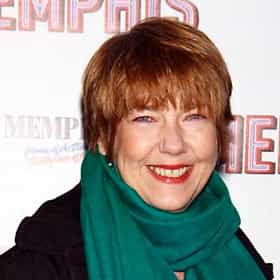 Harriet Sansom Harris (born January 8, 1955), often credited as Harriet Harris, is an American actress best known for her portrayals of Bebe Glazer on Frasier and Felicia Tilman on Desperate Housewives. She won a Tony Award in 2002 as a Featured Actress in a Musical for her performance in Thoroughly Modern Millie. Apart from her television and theatre work, she has made various film appearances, including Memento, Addams Family Values, Nurse Betty and Phantom Thread. ... more on Wikipedia

Harriet Sansom Harris is ranked on...