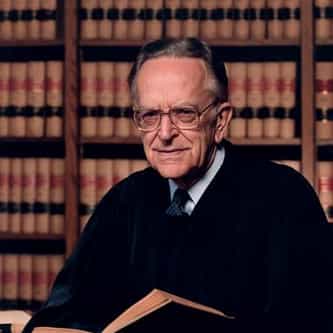 Harry Andrew Blackmun (November 12, 1908 – March 4, 1999) was an American lawyer and jurist who served as an Associate Justice of the Supreme Court of the United States from 1970 until 1994. Appointed by Republican President Richard Nixon, Blackmun ultimately became one of the most liberal justices on the Court. He is best known as the author of the Court's opinion in Roe v. Wade, which prohibits many state and federal restrictions on abortion.Raised in Saint Paul, Minnesota, Blackmun ... more on Wikipedia

Harry Blackmun IS LISTED ON