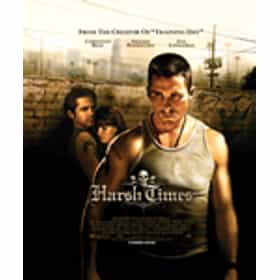 Harsh Times is a 2005 American crime film set in South Los Angeles. The film stars Christian Bale and Freddy Rodriguez, and was written and directed by David Ayer, who wrote the script for the Academy Award-winning 2001 film Training Day. The film was distributed by Metro-Goldwyn-Mayer and Bauer Martinez Entertainment. Ayer says that the film's characters are largely based on the people he knew when he lived in South Central. ... more on Wikipedia

Harsh Times is ranked on...

Harsh Times is also found on...