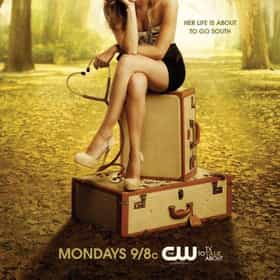 Hart of Dixie is an American comedy-drama television series that aired on The CW from September 26, 2011 to March 27, 2015. The series, created by Leila Gerstein, stars Rachel Bilson as Dr. Zoe Hart, a New Yorker who, after her dreams of becoming a heart surgeon fall apart, accepts an offer to work as a general practitioner in the fictional Gulf Coast town of Bluebell, Alabama. On September 26, 2011, Hart of Dixie premiered, and on April 26, 2013, it was renewed for a third season. The show was scheduled to move back to Mondays in the fall for its third season having been paired with Beauty & the Beast. The show's third season premiered on October 7, 2013. On May 8, 2014, the CW ... more on Wikipedia

lists about Hart of Dixie

Hart of Dixie is ranked on...

Hart of Dixie is also found on...