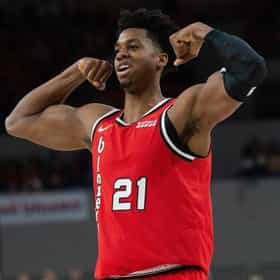 Hassan Niam Whiteside (born June 13, 1989) is an American professional basketball player for the Portland Trail Blazers of the National Basketball Association (NBA). He played college basketball for the Marshall Thundering Herd before being selected in the second round by the Sacramento Kings in the 2010 NBA draft. After joining the Miami Heat in 2014, Whiteside was named to the NBA All-Defensive Second Team in 2016, when he also led the NBA in blocks. He led the league in rebounding in 2017. ... more on Wikipedia

Hassan Whiteside is ranked on...

Hassan Whiteside is also found on...