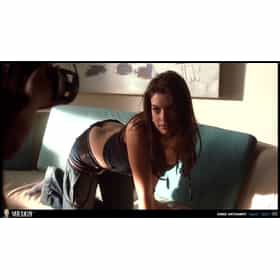 Havoc is a 2005 crime drama film starring Anne Hathaway and Bijou Phillips, with Shiri Appleby, Freddy Rodriguez, Joseph Gordon-Levitt, Michael Biehn, and Laura San Giacomo appearing in supporting roles. The film is about the lives of wealthy Los Angeles, California teenagers whose exposure to hip hop culture inspires them to imitate the gangster lifestyle. They run into trouble when they encounter a gang of drug dealers, discovering they are not as street-wise as they had thought. Written by Jessica Kaplan and Stephen Gaghan and directed by Barbara Kopple, the film made appearances at several film festivals and then went directly to DVD on November 29, 2005 without ever receiving a ... more on Wikipedia

Havoc is ranked on...

Havoc is also found on...