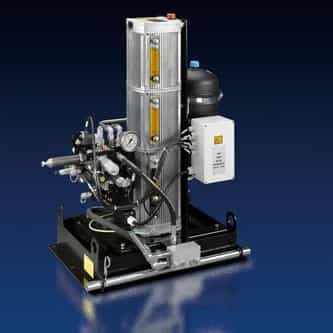 HAWE Hydraulik SE produces hydraulic components and systems, with one consistent feature being that all pressurized components are made from steel. The company was founded in 1949 in Munich by Karl Heilmeier and Wilhelm Weinlein. The company’s original title was 'Heilmeier und Weinlein, Fabrik für Oelhydraulik GmbH & Co. KG'. The phonetic spelling of the founders' initial was the cue for the company name HAWE. Since its foundation HAWE Hydraulik has always been an owner-run ... more on Wikipedia