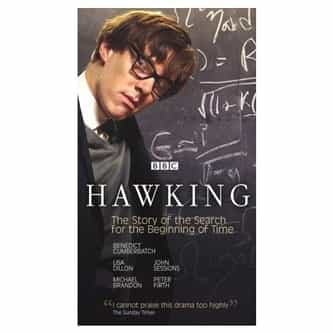 Hawking is a BBC television film about Stephen Hawking's early years as a PhD student at Cambridge University, following his search for the beginning of time, and his struggle against motor neuron disease. It stars Benedict Cumberbatch as Hawking and premiered in the UK in April 2004. The film received acclaim, with critics particularly lauding Cumberbatch's performance as Hawking. It was nominated for Best Single Drama in the BAFTA TV Awards in 2005. Cumberbatch won the Golden Nymph for ... more on Wikipedia

Hawking IS LISTED ON