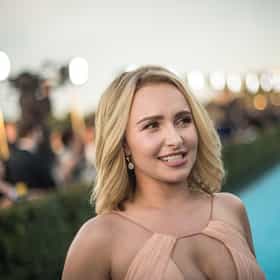 Hayden Lesley Panettiere (; born August 21, 1989) is an American actress, model, and singer. She is known for playing cheerleader Claire Bennet on the NBC sci-fi series Heroes (2006–2010) and Juliette Barnes in the ABC/CMT musical drama series Nashville (2012–2018). A native of New York, she first appeared in a commercial at the age of eleven months. Her full-time acting career began by playing Sarah Roberts on One Life to Live (1994–1997) and Lizzie Spaulding on Guiding Light (1996–2000), and then played Sheryl Yoast in the Disney feature film Remember the Titans at age ten. Other roles include her portrayal of the title character in the true crime drama Amanda Knox: Murder on Trial ... more on Wikipedia

Hayden Panettiere is ranked on...

Hayden Panettiere is also found on...