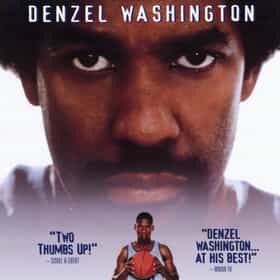 He Got Game is a 1998 American sports-drama film written and directed by Spike Lee. It stars Denzel Washington as Jake Shuttlesworth, a prison inmate convicted for an act against his wife. He is also the father of the top-ranked basketball prospect in the country, Jesus Shuttlesworth, played by NBA star Ray Allen. Jake is released on parole for a week by the state's governor to persuade his son to play for the governor's alma mater, in exchange for a much reduced prison sentence. This is the third of four film collaborations with Washington and Lee. Filming took place between July and September 1997. ... more on Wikipedia

He Got Game is ranked on...

He Got Game is also found on...