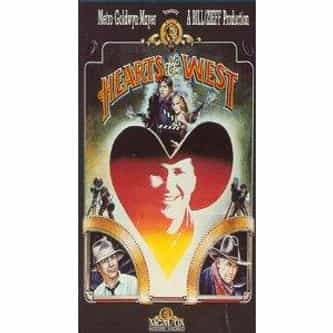 Hearts of the West

Hearts of the West, released in Europe as Hollywood Cowboy, is a 1975 comedy film directed by Howard Zieff, and starring Jeff Bridges, Andy Griffith, Blythe Danner, and Alan Arkin. The story revolves around a wannabe 1930s writer who finds himself cast as a leading man in several B-movie westerns. Despite good reviews, the film was not a hit upon release in 1975 but in years since, it has developed a significant cult following among midnight showings and college campuses. Screenwriter Rob ... more on Wikipedia

Hearts of the West IS LISTED ON

who sings the song rise up, Best Movies of All Time, what's in your bag song, country artists from texas, best comedy trilogies, lsu best players, what movie is usher in, it's a wonderful day for pie, films directed by women, horror movies set in small towns