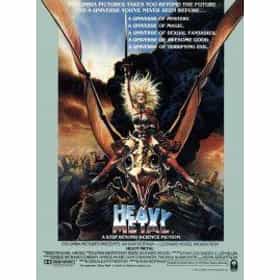 Heavy Metal is a 1981 Canadian adult animated anthology science fiction fantasy film directed by Gerald Potterton and produced by Ivan Reitman and Leonard Mogel, who also was the publisher of Heavy Metal magazine, the basis for the film. The screenplay was written by Daniel Goldberg and Len Blum. The film was the sixth animated feature film to be presented in Dolby surround sound. The film is an anthology of various science fiction and fantasy stories adapted from Heavy Metal magazine and original stories in the same spirit. ... more on Wikipedia

Heavy Metal is ranked on...

Heavy Metal is also found on...