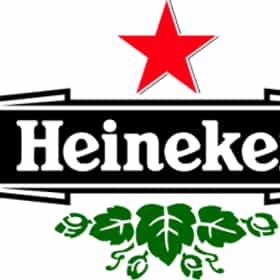 Heineken International is a Dutch brewing company, founded in 1864 by Gerard Adriaan Heineken in Amsterdam. As of 2012, Heineken owns over 190 breweries in more than 70 countries and employs approximately 85,000 people. Besides Heineken Lager Beer, it brews and sells more than 170 other international premium, regional, local and specialty beers, including Cruzcampo, Tiger Beer, Żywiec, Starobrno, Zagorka, Birra Moretti and Murphy’s. With an annual beer production of 139.2 million hectoliters, Heineken ranks as the third largest brewer in the world after Anheuser-Busch InBev and SABMiller, based on volume. Heineken's Dutch breweries are located in Zoeterwoude, 's-Hertogenbosch and ... more on Wikipedia

Heineken International is ranked on...

Heineken International is also found on...