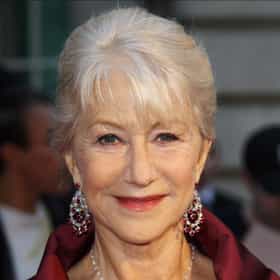 Dame Helen Lydia Mirren, (born 26 July 1945) is an English actor. Mirren began her acting career with the Royal Shakespeare Company in 1967 and is one of the few performers who have achieved the Triple Crown of Acting. She won the Academy Award for Best Actress in 2007 for her performance as Queen Elizabeth II in The Queen and received the Olivier Award for Best Actress and Tony Award for Best Actress in a Play for the same role in The Audience. Mirren's other Academy Award nominations include The Madness of King George (1994), Gosford Park (2001), and The Last Station (2009). For her role as police detective Jane Tennison on the British television series Prime Suspect, which ran from ... more on Wikipedia

Helen Mirren is ranked on...

Helen Mirren is also found on...