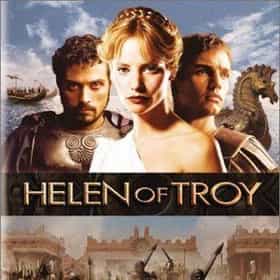 Helen of Troy is a 2003 television miniseries based upon Homer's story of the Trojan War, as recounted in the epic poem, Iliad. This TV miniseries also shares the name with a 1956 movie starring Stanley Baker. It stars Sienna Guillory as Helen, Matthew Marsden as Paris, Rufus Sewell as Agamemnon, James Callis as Menelaus, John Rhys-Davies as Priam, Maryam d'Abo as Hecuba, and Stellan Skarsgård as Theseus. The series was entirely shot on location in the islands of Malta. The film is placed in the early classical period rather than the correct late Bronze Age; the Greeks are shown with Iron Age classical hoplite dress and arms. Made on a relatively low budget, Helen of Troy was ... more on Wikipedia

Helen of Troy is ranked on...

Helen of Troy is also found on...