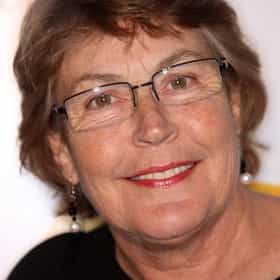 Helen Maxine Reddy (born 25 October 1941) is an Australian singer, actor and activist. Born in Melbourne, Victoria to a show-business family, Reddy started her career as an entertainer at age four. She sang on radio and television, and won a talent contest on a television programme, Bandstand, in 1966; her prize was a ticket to New York City and a record audition, which turned out to be unsuccessful. She pursued her international singing career by moving to Chicago and, subsequently, Los Angeles, where she made her debut singles "One Way Ticket" and "I Believe in Music" in 1968 and 1970, respectively. The B-side of the latter single, "I Don't Know How to Love ... more on Wikipedia

Helen Reddy is ranked on...

#454 of 542 The Greatest Pop Groups & Artists of All Time 590.6k VOTES For years, pop music has dominated your radio dial. No matter where you listen, there's no doubt that pop music bands and po...
Famous People Named Helen 17k VIEWS If your name is Helen, then you're in some great company. Here's our list of the most famous people named Helen, including p...
#23 of 30 The Best Bands with Red in the Name 567 VOTES Red is often said to be the color of passion, and bands with red in the name reflect this, having a passion and drive to mak...
#10 of 100 The Most Beautiful Women Of The '70s 1.1k VOTES This list of 1970s actresses, models, singers, and stars ruled the airwaves in the '70s, and many became pop ...

Helen Reddy is also found on...