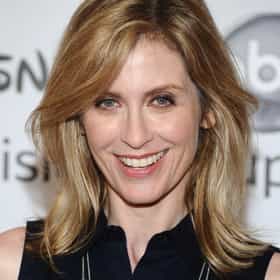 Helen Rachel Slater (born December 15, 1963) is an American actress, singer and songwriter. She played the title role in the 1984 film Supergirl, and returned to the 2015 TV series of the same name, this time as Supergirl's adoptive mother. In the following years, she starred in several films including The Legend of Billie Jean (1985), Ruthless People (1986), The Secret of My Success (1987), and City Slickers (1991). She additionally found work as an actress in television, and stage projects, including three guest appearances on the series Smallville (2007–2010). She was a series regular for the two-season run (2011–2013) on the ABC Family series The Lying Game. In the 2000s, Slater ... more on Wikipedia

Helen Slater is ranked on...

#364 of 942 The Best Actresses in Film History 1.1M VOTES The best actresses ever are ranked here in this list of the best actresses in film history. These are the greatest actresses...
#687 of 2,003 The Greatest Actors & Actresses in Entertainment History 1.7M VOTES The best actors and actresses of all time, male and female, ranked by film fans worldwide. This list of greatest actors and ...
#79 of 114 People who voted for Helen Slater... also upvote Lethal Weapon Franchise on The Greatest Movies of the 1980s, Ranked also upvote Star Trek Franchise on The Greatest Movies of the 1980s, Ranked The Greatest '80s Teen Stars 231.6k VOTES The greatest teen stars of the '80s are well-remembered on this countdown. They were everywhere; they ruled the box office;&...
#7 of 30 Where Are They Now? 30 Actors from Comic Book Movies 3.6k VOTES Comic book films are some of the most popular movies out there, with their leading actors and actresses being some of the mo...
Famous People Named Helen 16.9k VIEWS If your name is Helen, then you're in some great company. Here's our list of the most famous people named Helen, including p...
#55 of 99 The Most Beautiful Women Of The '80s 1.2k VOTES This list of 1980s actresses, models, singers, and stars ruled the airwaves in the '80s, and many became pop cultu...

Helen Slater is also found on...