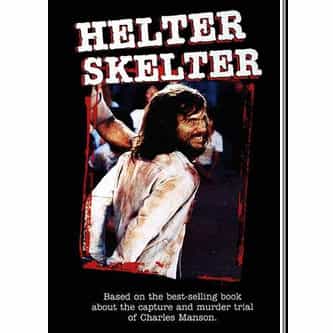 Helter Skelter is a 1976 TV film based on the 1974 book by prosecutor Vincent Bugliosi and Curt Gentry. In the United States, it aired over two nights. In some countries it was shown in theaters with additional footage. The movie is based upon the murders committed by the Charles Manson Family. The best-known victim was actress Sharon Tate. The title was taken from the Beatles' song of the same name. According to the theory put forward by the prosecution, Manson used the term for an ... more on Wikipedia

Helter Skelter IS LISTED ON