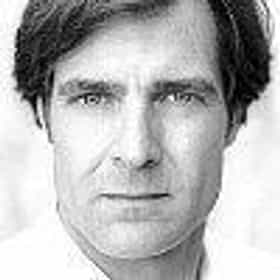 Henry Czerny ( CHAIR-nee; born February 8, 1959) is a Canadian film, stage and television actor. He is known for his roles in the films The Boys of St. Vincent, Mission: Impossible, Clear and Present Danger, The Ice Storm, The Exorcism of Emily Rose, Fido, and Remember, and has appeared in numerous television programmes in both guest and starring roles, including a regular role as Conrad Grayson on the ABC primetime soap opera Revenge. Czerny has received the Theatre World Award and two Gemini Awards, and was nominated for the Canadian Screen Award for Best Supporting Actor for his performance in The Other Half. ... more on Wikipedia

Henry Czerny is ranked on...

Lifetime Movies Actors and Actresses 14.8k VIEWS Lifetime Movies employs a wide range of actors -most of which you will recognize from more than just TV movies. Lifetime act...
Famous People Named Henry 44.8k VIEWS List of famous people named Henry, along with photos. How many celebrities named Henry can you think of? The famous Henrys b...

Henry Czerny is also found on...