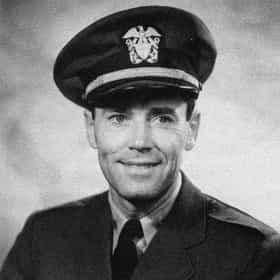 Henry Jaynes Fonda (May 16, 1905 – August 12, 1982) was an American film and stage actor with a career spanning five decades. Fonda made his mark early as a Broadway actor. He also appeared in 1938 in plays performed in White Plains, New York, with Joan Tompkins. He made his Hollywood debut in 1935, and his career gained momentum after his Academy Award-nominated performance as Tom Joad in The Grapes of Wrath, a 1940 adaptation of John Steinbeck's novel about an Oklahoma family who moved west during the Dust Bowl. Throughout five decades in Hollywood, Fonda cultivated a strong, appealing screen image in such classics as The Ox-Bow Incident, Mister Roberts, and 12 Angry Men. Later, ... more on Wikipedia

Henry Fonda is ranked on...

Henry Fonda is also found on...