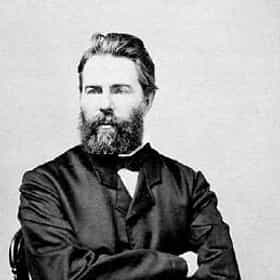 Herman Melville (born Melvill; August 1, 1819 – September 28, 1891) was an American novelist, short story writer, and poet of the American Renaissance period. Among his best-known works are Typee (1846), a romantic account of his experiences of Polynesian life, and his masterpiece Moby-Dick (1851). Melville was born in New York City, the third child of a merchant. Typee, his first book, was followed by a sequel, Omoo (1847). Both were successful and gave him the financial basis to marry Elizabeth Shaw, a daughter of a prominent Boston family. His first novel not based on his own experiences, Mardi (1849), was not well received. His next fictional work, Redburn (1849), and his ... more on Wikipedia

Herman Melville is ranked on...

Herman Melville is also found on...