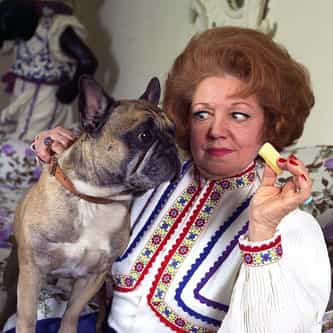 Hermione Youlanda Ruby Clinton-Baddeley (13 November 1906 – 19 August 1986) was an English character actress of theatre, film and television. She typically played brash, vulgar characters, often referred to as "brassy" or "blowsy". She found her milieu in revue, in which she played from the 1930s to the 1950s, co-starring several times with Hermione Gingold. Baddeley was nominated for an Academy Award for Best Supporting Actress for her performance in Room at the Top ... more on Wikipedia