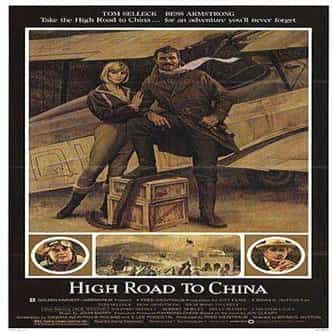 High Road to China is a 1983 adventure-romance film, set in the 1920s, starring Tom Selleck as a hard-drinking biplane pilot hired by society heiress Eve "Evie" Tozer to find her missing father. The supporting cast includes Robert Morley and Brian Blessed. The Golden Harvest film was directed by Brian G. Hutton, loosely based on a novel of the same name by Australian author Jon Cleary. Little beyond character names and the basic premise of an aerial race to China survived the ... more on Wikipedia

High Road to China IS LISTED ON