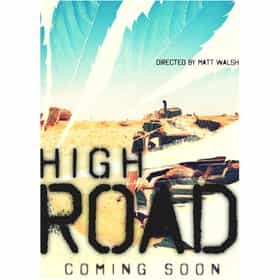 High Road is a 2011 American improvised comedy film directed by Matt Walsh, who co-wrote it with Josh Weiner. The film surrounds a young man whose loyalties are torn between his band, girlfriend, and dealing weed. Attempting to elude arrest after a drug bust, he is accompanied by his teenage runaway neighbor. It stars James Pumphrey, Abby Elliott, Dylan O'Brien, and Rob Riggle. It also premiered at the 2011 Newport Beach Film Festival, where for Matt Walsh's directing, it won an honor for Outstanding Achievement in Filmmaking. ... more on Wikipedia

High Road is ranked on...