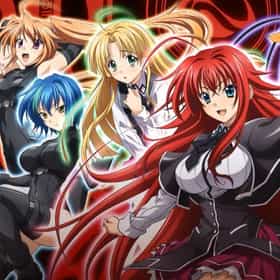 High School DxD is a Japanese light novel series written by Ichiei Ishibumi and illustrated by Miyama-Zero. The story centers on Issei Hyodo, a high school student from Kuoh Academy who is killed by his first date, revealed to be a fallen angel, but is later revived as a devil by Rias Gremory to serve her and her devil family. Issei's deepening relationship with Rias proves dangerous to the angels, the fallen angels, and the devils. An anime adaptation by TNK aired on AT-X and other networks from January 6, 2012 to March 23, 2012. A second season called High School DxD New aired from July 7, 2013, to September 22, 2013. ... more on Wikipedia

High School DxD is ranked on...