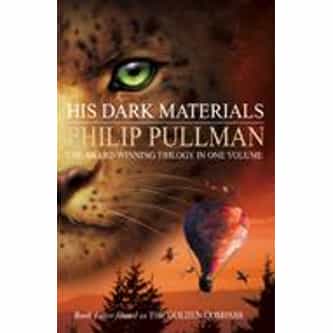 His Dark Materials is an epic trilogy of fantasy novels by Philip Pullman consisting of Northern Lights (1995) (published as The Golden Compass in North America), The Subtle Knife (1997), and The Amber Spyglass (2000). It follows the coming of age of two children, Lyra Belacqua and Will Parry, as they wander through a series of parallel universes. The novels have won a number of awards, including the Carnegie Medal in 1995 for Northern Lights and the 2001 Whitbread Book of the Year for The ... more on Wikipedia

lists about His Dark Materials

1.4k votes Every Daemon In 'His Dark Materials,' Ranked By How Much You Wish It Was Yours

His Dark Materials IS LISTED ON