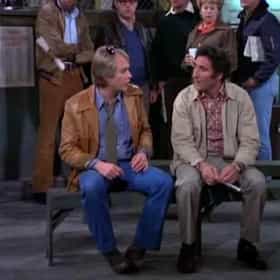 A Hollywood motion picture production company has invaded the garage, with the intention of studying the drivers and environment for their next film about New York cab drivers. The gang is star struck, particularly Louie, who has conned the director into hiring him as Location Coordinator for $15,000, and Bobby, who is offered a part in the movie. Only Alex is unimpressed, and he refuses to take part in the excitement. Ironically, the director wants Alex's input the most, sensing that Alex has the best stories to tell. After much persistence from the director, Alex finally relents and begins telling his storiesâ€”ending up being captivated by the Hollywood types as well. The

Hollywood Calling is also found on...